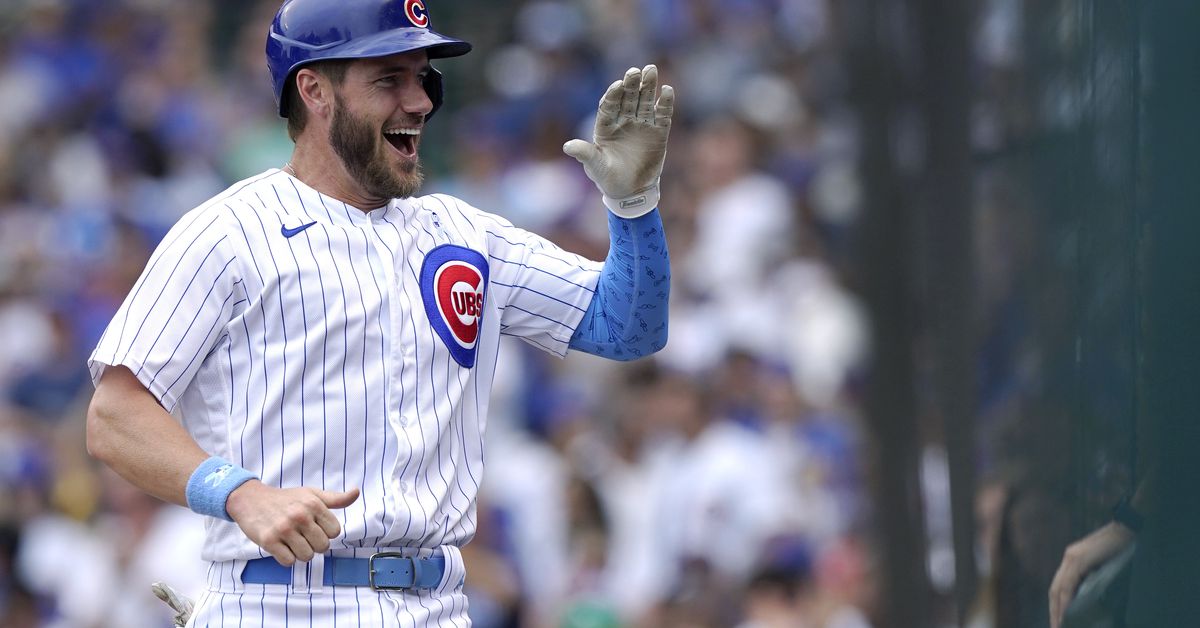 After a rough week and a difficult start to the weekend, the Cubs needed a spark Sunday. They got one from Patrick Wisdom, and their bullpen made sure it counted.

Entering the day having lost five of their last six games, including the first two against the Marlins, the Cubs weren’t exactly showing signs of breaking out early. Hitless after four innings but ahead by a run, the Cubs had Wisdom pinch-hit for Jason Heyward against left-hander Ross Detwiler to begin the fifth.

After pushing the count full before a boisterous crowd of 37,158, Wisdom fouled off four pitches before being credited with an infield single on the 15th pitch of the at-bat when Marlins shortstop Miguel Rojas couldn’t handle Wisdom’s sharp grounder. Wisdom, whose at-bat tied a 2017 appearance by Jon Jay as the longest to result in a hit by a Cubs player since at least 1988, eventually scored on a single by Joc Pederson. That gave the Cubs their second run in a 2-0 victory.

‘‘I’d be lying if I said I didn’t feel that energy,’’ Wisdom said. ‘‘That place was electric. It gives me goose bumps right now thinking about it.’’

The back end of the Cubs’ bullpen, especially Craig Kimbrel, Ryan Tepera and Andrew Chafin, has been exceptional, and that continued Sunday.

After Alec Mills pitched five scoreless innings, the Cubs’ top three relievers combined to throw four perfect innings. Tepera worked the sixth and seventh, Chafin the eighth and Kimbrel the ninth for his 368th career save, moving him into a tie with Jonathan Papelbon for ninth place all-time.

‘‘They’re doing a phenomenal job,’’ manager David Ross said of the members of the bullpen. ‘‘When you have a lockdown bullpen like that, it gives the offense a lot of confidence trying to come back. We’re always in the game when those guys are in there. Especially when we’ve got the lead, you feel like your chances of winning are really good.’’

The Cubs’ chances of winning haven’t looked all that good recently. Despite their well-documented issues with injuries, they had managed to find ways to grind out victories. But some of their health issues seemed to be taking a toll in the last week, with the lineup continuing to miss contact hitters Nico Hoerner and Matt Duffy. Before Heyward scored on a passed ball by Marlins catcher Jorge Alfaro in the third, the Cubs hadn’t scored on a non-home run in a week.

That was only one of the issues the Cubs had gone through. But even with the problems, the Cubs are tied with the Brewers for first place in a National League Central that looks winnable.

‘‘I think where we’re at, that we’re at the top of our division, just says a lot about our team,’’ Ross said.

A part of the Cubs’ formula to get through 162 games and stay atop the division will include sparks from players such as Wisdom. The bullpen, of course, also will have to play a key role — perhaps even a bigger one than normal — because the Cubs’ rotation has struggled for innings this season.

Those factors helped the Cubs salvage a victory Sunday after a trying few days.