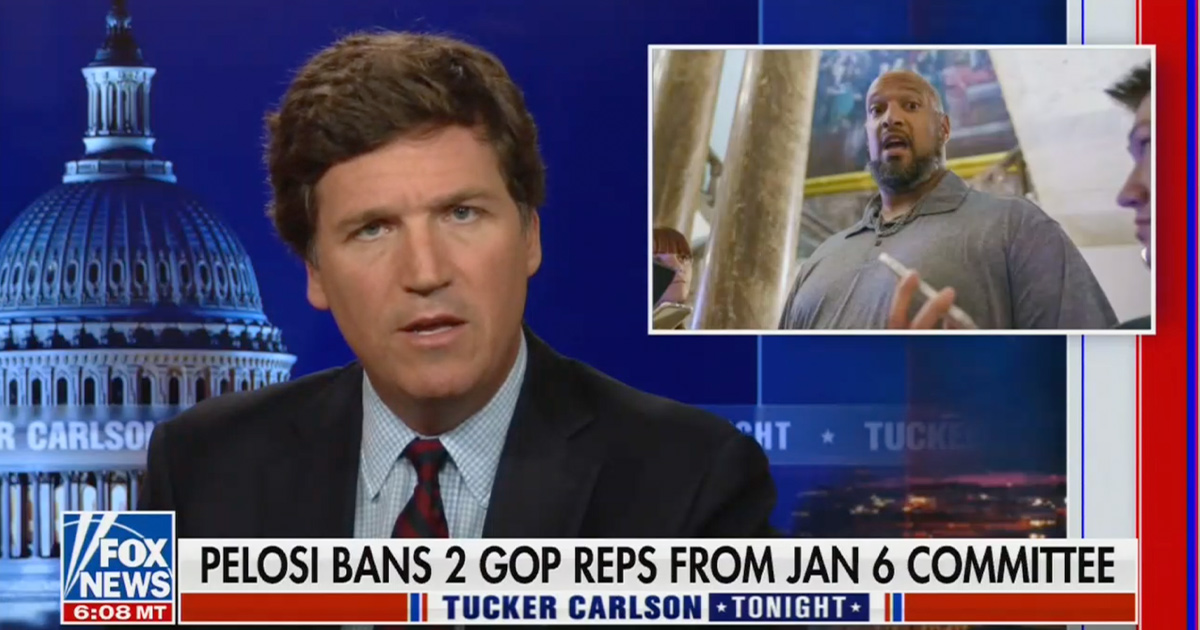 Fox News’ Tucker Carlson went after Capitol Police Officer Harry Dunn on his show Wednesday night as he talked about the 1/6 investigation.

Kevin McCarthy announced his five picks for the 1/6 select committee, and two of them — Jim Banks and Jim Jordan — were rejected by Nancy Pelosi. McCarthy responded by pulling all five of his picks.

He played comments from Cheney criticizing McCarthy and saying January 6 was “the worst attack on the Capitol since 1814.”

He went on to say the committee as is will look like “MSNBC with subpoena power,” and brought up how Dunn is expected to testify:

On Tuesday, Nancy Pelosi will call a Capitol Police Officer called Harry Dunn. Dunn will pretend to speak for the country’s law enforcement community. But it turns out Dunn has very little in common with your average cop. Dunn is an angry left-wing political activist whose social media feeds are full of praise, not coincidentally for Nancy Pelosi.

He cited a tweet apparently from Dunn’s account that said “Racism is so American, that when you protest it, people think you are protesting America!” The tweet — from a day after former President Donald Trump went after Ilhan Omar and the crowd chanted “send her back!” — included hashtags like “#IStandWithIlhanOmar.”

Dunn has been vocal in the past few months about what he faced on January 6th and said rioters hurled racist slurs at him.

You can watch above, via Fox News.