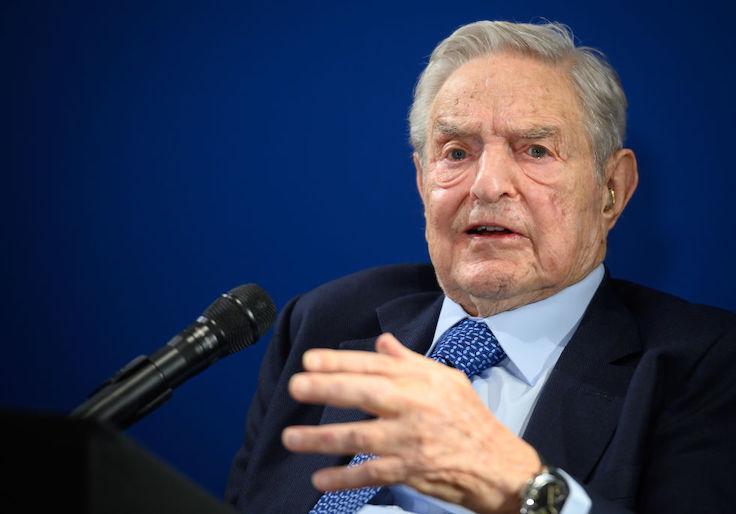 George Soros is funneling money to support defunding the police, a cause that cost Democrats politically in the 2020 election as violent crime spiked across the country.

Soros gave $1 million to Color Of Change PAC on May 14, according to records filed with the Federal Election Commission. It is the progressive billionaire’s largest political contribution of the 2021 election cycle and his first to the political action committee since 2016.

The contribution from one of the Democratic establishment’s biggest donors could further undercut the party’s efforts to downplay allegations that it backs defunding police departments. Republicans have hammered Democrats over their position on policing as violent crime has skyrocketed nationwide. As part of the effort to beat back the allegations, the White House has accused Republicans of supporting the defund movement—a claim the liberal Washington Post gave “three Pinocchios” earlier this month.

Color Of Change, which bills itself as the largest online racial justice group in the country, is a vocal supporter of defunding the nation’s police departments. It led an online political outreach campaign last year to defund police departments following the killings of George Floyd and Breonna Taylor.

An online petition organized by the group reads, “Invest in black communities. Defund the police.” The petition also called for “divesting from and dismantling the systems that unjustly harm Black people.”

Color Of Change supported an effort by the Minneapolis City Council to divert funds from the police department after officer Derek Chauvin murdered Floyd.

“Policing is a violent institution that must end. We imagine a country where there is enough money to educate our children, care for our sick and feed those who are financially unstable. Defunding the police allows for this vision,” Color Of Change president Rashad Robinson said in a statement supporting the city council’s effort.

The defund movement has lost some steam over the past year as violent crime has surged. But Color Of Change remains committed to dismantling police departments.

A campaign director for Color Of Change told a Brooklyn newspaper last month that the group was calling for “no more police and no more mass incarceration.”

Color Of Change did not respond to a request for comment.

The PAC took in over $1.9 million in the six months before filing and spent over $1.8 million. Of that, around $291,000 went to the Color Of Change charity for administration expenses and to cover payroll taxes, according to FEC filings.