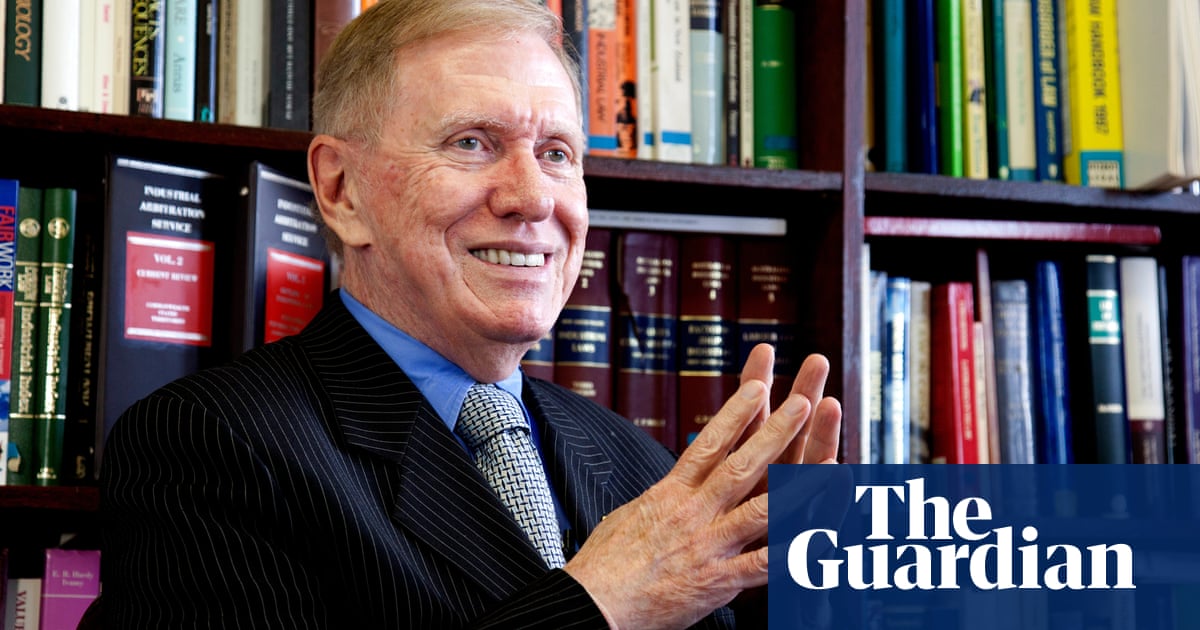 The former high court justice Michael Kirby has warned against the “excessive protection” of religious freedom that could diminish the rights of non-believers and minorities, as a report reveals 70% of Australians say religion is not personally important to them.

In an interview with Guardian Australia before the release of new Rationalist Society research charting the long-term decline of religiosity in Australia, Kirby – an Anglican who agreed to be a patron of the society to support secularism in Australia – also defended Scott Morrison’s personal expressions of his religious faith.

The report’s release comes as the attorney general, Michaelia Cash, restarts consultation on the Coalition’s stalled religious freedom legislation and faces a fresh call from the Freedom for Faith lobby group to pass the religious freedom bills.

Kirby says his upbringing in the Sydney diocese of the Anglican church “is not all that different from the Pentecostal tradition of Mr Morrison”.

In April Guardian Australia revealed that Morrison had told a national conference of Christian churches he had been called upon to do God’s work and practised the evangelical tradition of the “laying-on of hands” while working in the role of prime minister.

Kirby said he “understand[s] where Mr Morrison and Pentecostal citizens are coming from” when they speak about doing God’s work – but that is “not incompatible with the notion revealed in the survey, that the vast majority of Australia are not people with strong religious beliefs”.

The Rationalist Society research finds that – despite 60% of Australians indicating an affiliation with a religion in the 2016 census – religiosity is much lower when Australians are asked if they “belong” to a religious organisation or religion is “personally important” to them.

The report canvassed questions about religion in the Australian National University’s Australian election study, surveys of social studies, and values study, finding a majority (62%) of Australians say they don’t belong to a religious organisation.

The report, by Rationalist Society fellow Neil Francis, found seven in 10 Australians (71%) say that religion is not personally important, including around half of Catholics (49%) and non-Christian denominations (48%), nearly two-thirds (64%) of Anglicans, and 39% of minor Christian denominations.

It found that most Australians (between 74% and 82%) oppose religious schools having the legal right to expel students or sack staff on the basis of sexual orientation or relationship status.

Francis said it was misguided to claim that religion had a significant impact on election results. Although Australian election study data is clear that “somewhat fewer Christians gave Labor their first preference at the 2019 election”, the report argued they may instead have been spooked by Labor’s tax policies given greater economic conservatism of religious people.

Kirby said the report “demonstrates that contentions there is a demand in our community for protection for religious freedoms not presently being accorded are not accurate”.

“The Australian population is confirming the impression most people would have that it is not particularly religious and … that Australians are very sceptical of legal protections that would protect religious organisations or their members at the expense of respecting human dignity and basic rights of others,” he said.

Kirby said the right to practise religion must be “accorded in a way that respects others’ rights in the community – including the rights of non-believers and minorities who are sometimes on the receiving end of animosity or prejudice from religious people”.

The former attorney general Christian Porter released a second draft of religious freedom legislation in December 2019, but the package was put on the back burner due to lack of widespread community support – even among Christian groups – and the Covid crisis.

From Friday to Sunday, Freedom for Faith, a legal religious thinktank, is holding a “religious freedom weekend” urging the faithful pray for religious freedom and to contact members of parliament and pass the legislation.

In a letter to MPs, Freedom for Faith said it was “disappointed that two years after an election promise by the Morrison government to provide at least some protection for religious freedom, no bill has yet been introduced into parliament”.

“We understand the impact of the pandemic, but we now ask that the parliament make it a priority,” it said.

The second draft bill – which still hasn’t been introduced to parliament – would prohibit discrimination on the basis of religion in general but provides greater freedom for religious institutions themselves to do so.

For example religious hospitals, aged care facilities and accommodation providers such as retirement homes would be able to discriminate against staff on the basis of religion in order to preserve the “religious ethos” of that institution.

The proposed law would ban businesses earning revenue of more than $50m from setting policies that prevent employees expressing their religious views outside work, unless the employer can show it is necessary to prevent “unjustifiable financial hardship” to their business.

The bill declares that a statement of religious belief does not constitute discrimination under state laws, effectively overriding Tasmania’s protections against speech that “offends, insults or humiliates” a person based on gender, race, age, sexual orientation, disability and relationship status.

Before the 2019 election, Morrison vowed to prevent schools expelling students for being gay. The reform failed when the Coalition refused to agree to Labor and the Greens’ plan to protect LGBTI students from discrimination unless the current legal exemptions were replaced by other protections for religious freedom.